The main objective of the brochure is to inform the German-speaking trade union members about the diverging working and living conditions of women in various parts of the world and to sensitise them regarding the specific situation – and sometimes discrimination – of women on the labour market. Furthermore, the brochure deals with the challenges to reconcile paid work and unpaid household and care work.

The Covid-19 pandemic provided an additional motive to produce the brochure, as 70% of the employees in health and social sector jobs around the globe are women, according to ILO data, and women were particularly affected by closed schools and kindergartens. Moreover, the average gender pay gap witnessed in 73 countries, encompassing more than 80% of the world’s employees, is still on average 20%.

In the first section, the brochure provides basic information on the labour background of International Women’s Day and on the history of women’s suffrage. Afterwards, it introduces the 2030 Agenda for Sustainable Development and pays particular attention to the Sustainable Development Goal 5 (SDG 5) ‘Achieve gender equality and empower all women and girls.’.

In the second section, the brochure introduces successful examples of international cooperation. The section includes such diverse projects as the Bbindawuko Banakazi Fishing Cooperative Ltd., initiated by Zubo Trust and supported in media questions by Claudia Wegener / Radio Continental Drift. Another example is the Austrian fair fashion brand ‘Fairytale,’ which closely cooperates with a small Nepalese tailor’s shop using ecological and fair methods of production.

The project ‘Speaking out loud’ trains interested people, many of whom are women and/or with migrant background, to engage in community-based media productions. It is a cooperation between Frauen*solidarität (women solidarity), the Cyprus Community Media Center (CCMC) and Desi Radio – Panjabi Centre (PC).

Another project portrayed in this section is the establishment of a Trade Union School in Georgia, inspired by the Austrian model of trade union schools, with the support of ‘working globally,’ the development policy project within the Austrian Trade Union Federation (ÖGB). The aim is to educate Georgian workers and trade union activists regarding labour law, organising and the history of the labour movement to provide them with tools for strengthening their organisational structures and for dealing with current and future labour struggles.

The Fund Sukhumi, also based in Georgia, was founded by displaced women that had to flee from Abkhazia due to the armed conflict at the beginning of the 1990s. The fund organises educational, economic, social, and cultural activities in the field of peaceful conflict resolution and empowers women to actively participate in democracy building in the Georgian society.

The last presented cooperation project is APROLMA, a women cooperative of coffee farmers in Honduras, which autonomously grows and distributes its organic coffee. The coffee beans are imported by EZA Fair Trade and are used for ADELANTE coffee which is sold in fair trade stores.

The third section is called ‘Decent Work for a Decent Life.’ It portrays women from five different countries in the Global South and two successor states of former Soviet Union republics who are committed to improve the local and/or national working conditions, may it be as trade union members or officials or in the framework of NGOs or associations of informal workers.

The last and biggest section deals with the diverging working and living conditions of women around the globe. In this section, twelve women talk about their lives. As they come from many different countries such as Latvia, Rumania, Palestine, Georgia, Greece, Austria, Brazil, Iraq, Kenya, Sweden, Zimbabwe, and Ruanda, their experiences show the diversity of working and living conditions women face in different parts of the world.

Finally, some tables provide data on the home countries of the portrayed women in order to allow for comparisons of the economic, social, and labour situation in different EU member countries and between different countries in the Global South and in the Post-Soviet Space. 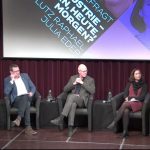 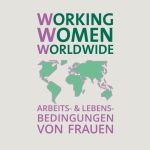 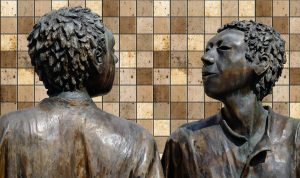 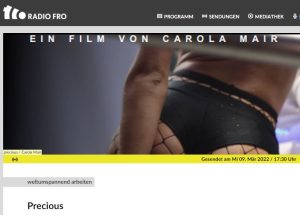 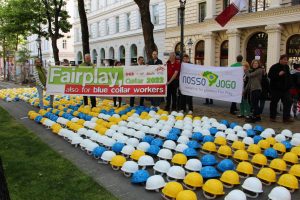 This website uses cookies to improve your experience while you navigate through the website. Out of these, the cookies that are categorized as necessary are stored on your browser as they are essential for the working of basic functionalities of the website. We also use third-party cookies that help us analyze and understand how you use this website. These cookies will be stored in your browser only with your consent. You also have the option to opt-out of these cookies. But opting out of some of these cookies may affect your browsing experience.
Necessary immer aktiv
Necessary cookies are absolutely essential for the website to function properly. These cookies ensure basic functionalities and security features of the website, anonymously.
Functional
Functional cookies help to perform certain functionalities like sharing the content of the website on social media platforms, collect feedbacks, and other third-party features.
Performance
Performance cookies are used to understand and analyze the key performance indexes of the website which helps in delivering a better user experience for the visitors.
Analytics
Analytical cookies are used to understand how visitors interact with the website. These cookies help provide information on metrics the number of visitors, bounce rate, traffic source, etc.
Advertisement
Advertisement cookies are used to provide visitors with relevant ads and marketing campaigns. These cookies track visitors across websites and collect information to provide customized ads.
Others
Other uncategorized cookies are those that are being analyzed and have not been classified into a category as yet.
SPEICHERN & AKZEPTIEREN